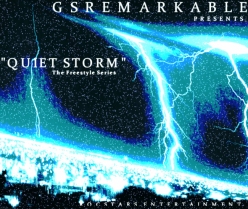 October 15, 2012 | Comments (1)
Ryan Meyers shared
Really diggin this #macklemore dude. and #ryanlewis is dope on the production side of it all. #TheHeist drops tomorrow and from the early preview I heard its dope af. October 8, 2012 | Post a Comment
4 people flux with it
Between Black and White shared
FLUX YEA! Great Weekend with some homies from the showme. Two weeks of school left till a month break b4 summer school. #readytomakenewtunes May 1, 2012 | Post a Comment
Ryan Meyers fluxes with it
Kelsey shared
Sometimes living in a world like this
It's pretty hard not to go insane
Not pretty if you don't comply
Pretty easy if you don't complain
Stand there like you don't feel pain
No tears in the face of defeat
Pretend til the end that you don't fear change
Don't admit that your faith is weak 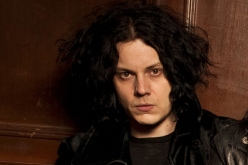 Jack White of the Dead Weather and the late White Stripes has a new claim to fame. Set to air on January 9th, White will appear on The History Channel's "American Pickers". The basic premise of the show is about two guys who scour the country for old junk that they can refurbish, and sell for a lot more money than they paid. The crew is set to head to White's Nashville recording studio to bargain over old #rock memorabilia. The episode is set to air next Tuesday, January 9th.

Are you a fan of American Pickers? Let us know in the comments below!...Read More

SOJA at The Music Farm

On December 30, I was privileged to see Soldiers of the Jah Army, aka SOJA, live at the Music Farm in Charleston, SC. I'm glad they chose to play at The Music Farm, it is by far my favorite venue in Charleston. It sits smack dab in the middle of downtown, looking like a run down shack. Once you walk in you see it doesn't look that fancy, just a large dance floor, a raised stage, and an upstairs deck with tables and couches. The venue only holds 900 people, but every show I've gone too has sold out, including SOJA.

January 4, 2012 | Comments (2)
Mark Muehling commented on a status by Ryan Meyers December 22, 2011
this question just made my brain hurt trying to think of THE best song. i might have to go with #rad...
Ryan Meyers shared
#np Take Care by #Drake ft #Rihanna December 18, 2011 | Post a Comment
2 people flux with it
Kelsey shared
#pizzarolls & #ranch December 17, 2011 | Post a Comment
Ryan Meyers shared
Listened to Between Black and White's #RaceToOrion like 4 times today. December 15, 2011 | Comments (3)
Ryan Meyers fluxes with it
skov published a news article 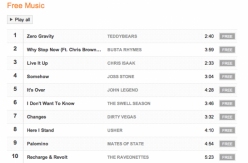