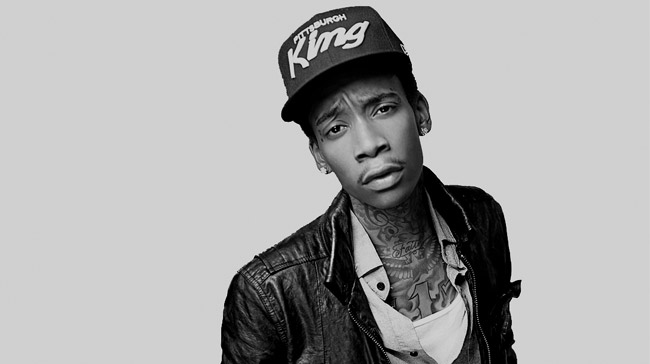 Wiz Khalifa, aka Cameron Jibril Thomaz, is an American rapper on independent label Rostrum Records. He released his debut album, Show and Prove, in 2006, and signed to Warner Bros. Records in 2007. His Eurodance-influenced single, "Say Yeah", received urban radio airplay, charting on the Rhythmic Top 40 and Hot Rap Tracks charts in 2008. Khalifa parted with Warner Bros. and released his second album, Deal or No Deal, independently in November 2009. He released the successful mixtape Kush and Orange Juice as a free download in April 2010. After signing with Atlantic Records, he released his most recognizable single, "Black and Yellow", which peaked at number 1 on the Billboard Hot 100. His debut album for the label, Rolling Papers, was released on March 29, 2011, selling 191,777 copies in the first week. 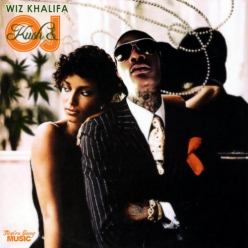 Kush & OJ
Kush & OJ is Wiz Khalifa's eighth independently produced mixtape. The subject matter includes stories about partying, pretty women, and smoking marijuana; Khalifa stated to MTV's Mixtape Daily that he titled the release Kush and Orange Juice because "it's perfect for wake-and-bake". The cover art of the mixtape is an homage to singer David Ruffin's album Gentleman Ruffin.

Samples Used
On the song "The Kid Frankie", Khalifa raps over the English R&B band Loose Ends' No. 1 hit single, "Hangin' on a String". Khalifa stated that the song was inspired by the character Frankie from the fi... 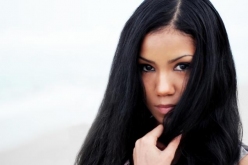 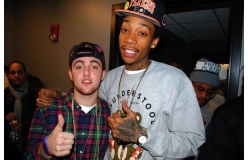 Mac Miller & Wiz Khalifa have had quite the summer together. After touring back in July on the "Under The Influence" tour, the team has paired once again to bring fans a new track called "Goin Places". The track showcases both rappers Pittsburgh pride, and will be part of the "Live From The 412" mixtape series, which showcases local Pittsburgh talent. It's always a treat to hear these two hop on a track together, you can grab the track at the link below, and tell us what you think in the comments. 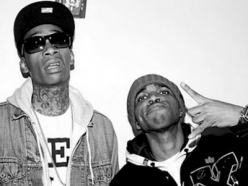 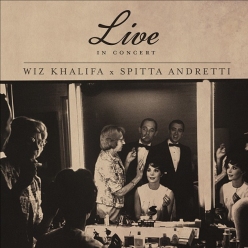 Fans have been asking "When will Curren$y & Wiz Khalifa collaborate again?" ever since the pot smoking duo dropped their freshmen collab tape "How Fly" back in 2009. They finally got the news they were looking for earlier this year, when the duo finally announced the follow up, entitled "Live In Concert".

Fans got ever more excited last week, when Curren$y released the album cover, and said we should expect it August 9th. Well, unfortunately that day is here, and no tape has dropped.

The rappers broke the silence earlier today, and explained to fa...Read More 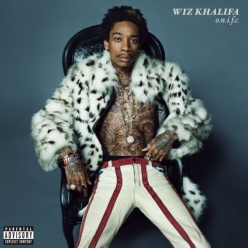 Wiz Khalifa released this artwork for his upcoming O.N.I.F.C album via twitter last night. The Jimmy Hendrix-esque cover is getting love and hate across the internet. What are your thoughts on this, as CardoGotWings put it, "vintage pimpin" artwork?...Read More

Earlier this week, Wiz Khalifa released his first single from ONIFC, his sophomore record due to be released in August. Work Hard Play Hard was produced by Benny Bianco and Stargate, who also produced Wiz's first hit song Black and Yellow. I think Wiz has found a good mix of radio-friendly (that hook is infectious and beat will make you move) while still remaining himself in the lyrics.

Take a listen below. 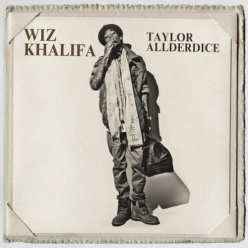 #HipHop star Wiz Khalifa shut the internet down last Tuesday when he dropped his highly anticipated mixtape "Taylor Allderdice". Mixtape site DatPiff crashed almost immediately after the tape was available, which as you can imagine, upset fans. Within an hour the tape was on several mirror sites, which also had trouble staying up. Within the first twenty four hours, the tape had been downloaded over 200,000 times, and continued to grow and grow all the way past 800,000 in just seven days. As of right now, the tape sits at 859,383 downloads.

March 21, 2012 | Comments (1)
Ryan Meyers shared
#np Blindfolds by #WizKhalifa ft #JuicyJ March 21, 2012 | Post a Comment
Kelsey shared
Finally downloaded Taylor Allderdice from datpiff. Thank you #WizKhalifa for a quality #mixtape. Also digging the conversations at the end. This is going to be on repeat for a while! March 14, 2012 | Comments (1)
Kelsey fluxes with it
Ryan Meyers shared
#np Cameras by #wizkhalifa March 5, 2012 | Post a Comment
Kelsey fluxes with it
skov published a news article 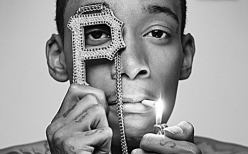 Wiz Khalifa might have made $11 million alone last year from touring, but dude's looking to make a whole lot more in 2012. The Pittsburgh rapper said he plans on raking in at least $100 million through touring and record sales, which he thinks will start once he drops the Taylor Allderdice mixtape next month. 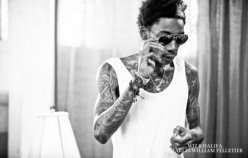 Wiz Khalifa has been dropping songs from his anticipated mixtape Taylor Alderdice left and right. His latest is Morocco, which is different from most things I've heard from the Wizzle Man thus far. The atmosphere created by TGOD producer Sledgren is full of echoed singing vocals, with hard hitting drums and synths. Topped off with classic Wiz verse at the end. What stood out to me was his honesty, most notable in "I think I got a drinking problem".

Listen after the jump! 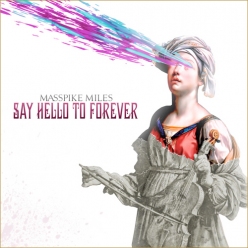 Maybach Music Group artist Masspike Miles has enlisted pot head superstar Wiz Khalifa to drop a verse on the vocalist's latest track "Flatline" which is off his upcoming mixtape “Say Hello To Forever”. You can grab the track at the link below, and check out Miles newest tape as well. Ma-mamama-ma Maybach Music 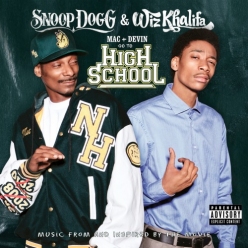 Snoop Dogg and Wiz Khalifa, the self proclaimed new "Cheech and Chong" have been some busy little potheads the last year. Back in early 2011, we saw the Dogg and Wiz start making songs together, and soon after the duo announced they would be releasing a stoner film, than just called "High School". The team promised a instant stoner classic, but were silent about it for the majority of 2011.

Fast forward to October of 2011, the team came together once again, this time with a new title for the film, and sound track. "Mac And Devin Go To High School"....Read More 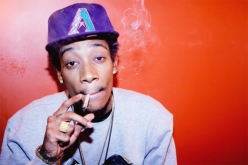 You know you have officially made it when people start coming out of the wood works, demanding millions of dollars. Pennsylvania songwriter Max Gregory Warren is suing Khalifa for $2,375,000 for fraud and deceit, copyright infringement and civil conspiracy. Warren alleges Khalifa and Stargate [The Production Team behind Black and Yellow] for "engaging in a scheme to defraud plaintiff out of the fruits of his copyright". The copyright in question stems from a 2008 copyright Warren filed for his song "Pink And Yellow". As I said before, you know you have mad...Read More 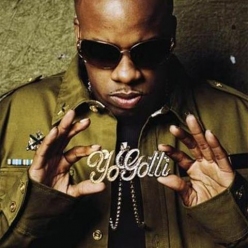 Yo Gotti Drops Song off Upcoming Album "Live From The Kitchen"

Rapper Yo Gotti's newest album "Live From The Kitchen" has been delayed almost as many times as Dr. Dre's Detox album, which is saying a lot. But with a final release date of next tuesday, January 10th, Gotti decided to give something to the fans to hold them over. "Go Girl" off the release, features a slew of big names, including Big K.R.I.T, Wiz Khalifa and Big Sean. Those features alone give Gotti some ammunition to possibly make it to radio. Complex has a stream of the new song up until next Tuesday, and you can find the link belo...Read More 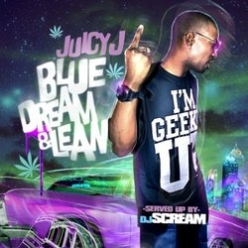 As it appears on Juicy J's Rubba Band Business 2 mixtape, the Wiz Khalifa-featured and Lex Luger-produced "Stoner's Night" is a brooding, menacing track for the weed heads. But it sounds like they wanted to lighten up a bit on the track's sequel. "Stoner's Night Pt. 2," off Juicy's upcoming Blue Dream & Lean tape, almost sounds like something you would hear on a 9th Wonder project with its soulful sampling and laid-back tempo. Hmm, maybe the Three 6 Mafia rapper is going for a different sound on Blue Dream & Lean, which drops in its entirety tomorrow. TRIPPYYY!...Read More