skov fluxes with it
Ryan Meyers published a news article

Canadian artist The Weeknd is releasing his past three mixtapes as a remastered trilogy album with a three additional new songs. Yesterday, he released the first remastered track, "Wicked Games", with an accompanying music video. The simple video consists of a woman dancing seductively, her shadow, a Mercedes, and of course, The Weeknd. If you haven't listened to any of his work yet, I suggest now be the time you start! 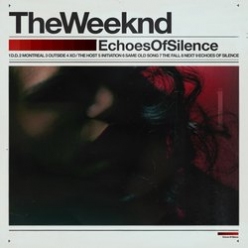 The Weeknd, AKA Abel Tesfaye has steady been releasing mixtures for the last few months, a promise he made to his fans earlier this year. His final installment just dropped, and it's called "Echoes of Silence". Before checking him out through a friend today, I had never heard this guy even mentioned before, and I can honestly say I am really digging these soulful jams. Check the new tape out, and than go grab his "House of Balloons" tape as well. I'll definitely be keeping my eye on this stuff, it's got my ear for quite some time as well.