Local #electronic outfit aeronaut. has been hard at work writing and re writing for their debut E.P. The band took some time to put together a short video with a sneak peek to their first single.

Check the video after the jump!

#electronic #aeronaut August 8, 2012 | Post a Comment
Ryan Meyers fluxes with it
aeronaut. uploaded music
malakai.
our newest song. we always release un finished stuff but i want to share the passion felt in these chords, and be able to show you guys how it evolves. we are going to re record some things but this is where the song is going.... 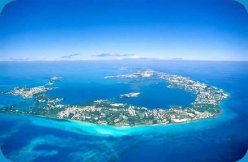 New to the Scene: Aeronaut

aeronaut. is a post-rock/instrumental band from St. Louis, MO. Aeronaut was formed when Joel Kelly and Zach Grzeskowiak were both looking for something more than the music they were playing. They both have strong influences from Ambient/Instrumental bands, and hadn't really heard anything that exact style in their local scene. They got together and jammed in mid 2011, and have been playing as Aeronaut ever since. I sat down with the guys who just began pre-production work on their self produced first independent e.p.


1. How'd you guys first come together and start pl...Read More