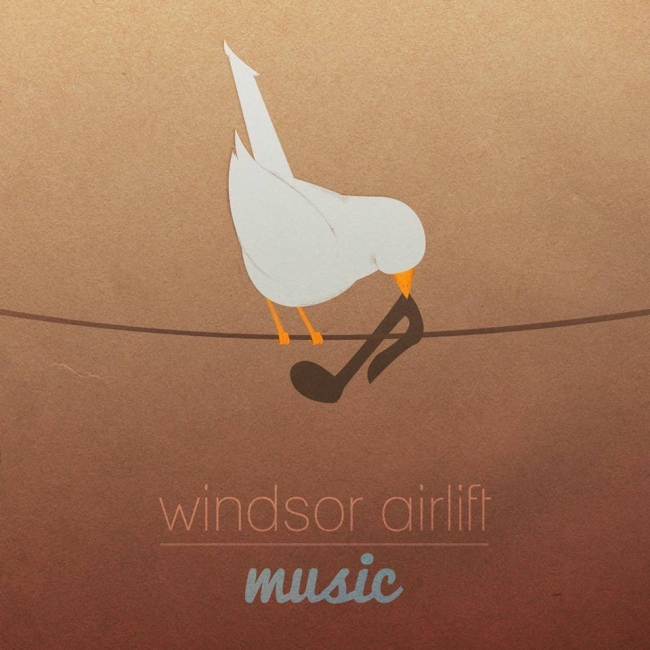 Windsor Airlift is an instrumental band that was formed in the fall of 2002 by brothers Tony and Andy Johnson and Adam Young (of Owl City). They played dozens of shows throughout high school and into their college years, until Owl City signed with Universal-Republic. The 3 of them got together on July 24, 2009 to record a live album entitled "We Rule." This is the last time they have all played together.

Tony and Andy have continued to write music for Windsor Airlift and in January 2012 Windsor Airlift released the album "The Meadow." The brothers continued writing throughout 2012 and 2013, and followed up with "Music", their latest effort. I had a chance to talk to Windsor Airlift about how the band started, what it was like working with Adam, plans for the future, and much more. Catch the full interview after the jump!

S: Hey Guys, first and foremost can you introduce yourselves?

WA: We're Tony & Andy Johnson. We're brothers both currently living in Des Moines, Iowa, as of 2 weeks ago. Tony and his wife just moved up here from Fort Worth, Texas. A 4-minute commute sure beats a 12-hour one.

S: How long have you been playing music?

WA: We both started playing music January 2001. I (Andy) got an old Washburn electric guitar from my uncle, and haven't stopped playing it since. It's the guitar I continue to use on every album I make. Our dad had a nasty old bass and Tony picked that up and started. We had an old drum set and our buddy Adam would come over all the time, so we were all learning 3 different instruments at the same time. We're were really bad, but our parents were gracious and let us continue to make music.

S: I know when the group formed, you guys were also a trio. The third member being Adam Young (Owl City) do you guys still collaborate?

WA: We keep in touch as friends but haven't done a collaboration in a few years.

S: Who are some of your main influences musically?

WA: Unwed Sailor is what got us into instrumental music. When Windsor Airlift started, we wanted to be a punk band. We played a bunch of shows in junior high/early high school, and then we just wanted to do something different, something that our friends and fans had never really heard. Tony and I went to a house show to see this band "Coolhandluke" when I was in junior high and they faced the wall, away from the audience. It was so weird and cool, and so we started doing that at our shows. We also like The American Dollar, Rachel's, From Monument to Masses, and a lot of soundtrack stuff like Alan Silvestri, Thomas Newman, and Hans Zimmer.

S: You guys just released "Music" your newest instrumental effort. Tell us a bit about what went into creating this record. What were some of the challenges?

WA: The biggest challenge for me is always deciding where I want to go musically. I want the album to sound like an album, not just a bunch of songs, so I'm always asking myself, "Should this album be acoustic-driven or electric-driven, super ambient or more rock and roll, electronic-based or just acoustic drums, etc." It always turns out different than the original plan, but looking at the finished project I think there's a good blend of things we like, with no one particular instrument or style taking center stage on the entire album.

S: You guys have always had a way with blending authentic instruments, with electronic counterparts. Going back to the previous question, does that present even more challenges? Especially when mixing and mastering?

WA: It does present more problems because electronic music is so precise and clean. Incorporating live drums in a studio setting with that means more precision (at least for me), and acoustic parts need to be right on, otherwise it can sound sloppy and lame. We want it to blend well, so that's always a really tedious process as opposed to a typical drums, guitar and bass approach. I'm usually mixing 10, 20, or more instruments simultaneously. I usually mix all the tracks on a song, get it to where I like it, then I listen to it a lot, take notes, and then zero most everything out and start over.

S: Favorite instrument to play, preferred recording software to use?

S: What are your aspirations for the future with Windsor Airlift? Any plans to tour?

WA: We license our music for commercial & non-commercial use through themusicbed.com - I aspire for this to be a bigger part of what we do. Some people think our music is good in the background, and we're cool with that. On touring: we would love to someday. We're hoping to do a few shows in the Spring. Tony and his wife are moving to Europe later in 2014, so maybe in Europe too...but Windsor Airlift will continue to make music regardless of where the two of us are on planet earth. We have the Internet, so that's good.

S: Any shout outs in closing?