THIS TOUR WILL BE HOSTED BY FREE WAY RICKY ROSS (THE REAL RICK ROSS). AS HOST RICK ROSS WILL BE SPEAKING AT YOUTH CENTERS & EXPRESSING IN EACH CITY HOW WE CAN COME TOGETHER AND MAKE MONEY INDEPENDENTLY & HOW TO REACH NEW FANS AND SALE THEIR MERCHANDISE WITHOUT VIOLENCE AND GUNS. SPECIAL GUEST PERFORMANCES FROM BIG MIKE OF THE (GETO BOYZ) & SPICE 1. A CERTAIN AMOUNT OF THE PROCEEDS WILL BE DONATED TO THE SHOW'EM WHAT YOU GOT FOUNDATION FOR (PUT DOWN THE GUNS).

Indianapolis, IN: ALE EMPORIUM 8617 ALLISON RD INDIANAPOLIS IN - May 14th 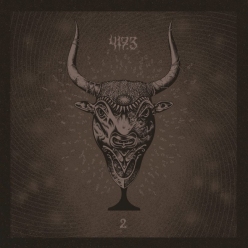 December 20, 2012 | Comments (5)
Ryan Meyers fluxes with it
Kelsey shared
Sometimes living in a world like this
It's pretty hard not to go insane
Not pretty if you don't comply
Pretty easy if you don't complain
Stand there like you don't feel pain
No tears in the face of defeat
Pretend til the end that you don't fear change
Don't admit that your faith is weak

#Lupe #BeautifulLasers #2ways #realtalk I've never connected more with a hip/hop song than this one. Been rocking it for a year now. Hoping I can get through this funk one day. April 4, 2012 | Comments (3)
Ryan Meyers fluxes with it
Kelsey shared
Up late editing a #fluxlife video to "California Love" #2pac December 17, 2011 | Comments (1)