3 people flux with it 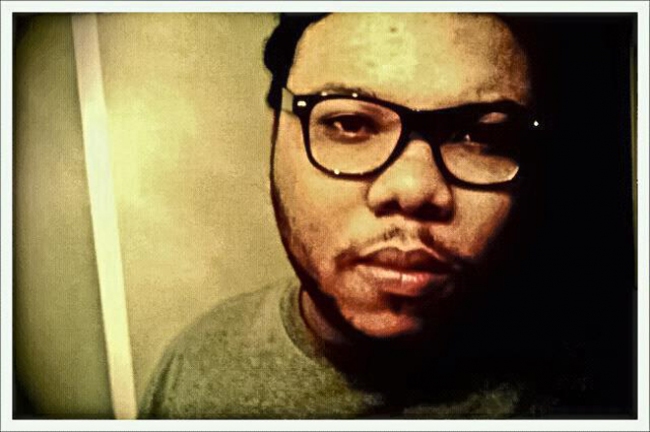 What's up man tell us a little about yourself.

Best to ever use the New York Knicks on NBA 2K, period. Seriously though, name's Kevin AKA P. I head up a production team named Drum Gang and I've been chasing this music dream for like 12 years now. Gods with us so I know were closing in on exactly where we want to be. Produced for some great artists and am having a blast doing what I always dream about.

DrumGang has been all over the place this year, what are some of your favorite placements?

We've jumped everywhere this year, it's been hectic. My favorite placements THIS year had to have been the tracks we did with Fiend AKA International Jones. We went from doing one track for him[And honestly finding out last that he used the beat lol] to building a great friendship with one of the OGs of the game. That one song has turned into 10+ Tracks produced for him in a 10 month period, plus we did the majority of the engineering on his most recent tape, Smoking Champagne hosted by Don Cannon. I grew up listening to his music, and the fact that he even knows we exist is a major accomplishment in our eyes. And now that he sees us as partners in this music shii? If that isn't a dream come true homie, I don't know what is.

The Young Dro Feature was dope too because they showed us real respect on the artwork for the mixtape. He had an all star lineup of producers but the only people who got credited were us, that was a blessing. Preciate Young Dro for that man, him showing us that love opened up a lot of doors.
...
How long does it typically take you to make a beat from start to finish?

Funny question cause I'm always bragging to wifey about how a nigga can make a beat in like 3 minutes[laughs]. Seriously though, it just depends on the track man. I been doing this for a minute, and I'm proud to say I consider myself a student of this shit so to speak. So there really isn't any set "way" for me to make a beat. I got joints I really do finish in 3-5 minutes, like the beat for Fiend's "All Summer Long", I heard that sample, flipped it, and it was done in like 5 minutes tops. But then I also have joints where I might make something now, save it, then 2 weeks later I open it up again and it becomes a completely different monster. Creating music is all about the feel, the moment, and how you allow it to push you creatively.

Who are some of your influences, past and present?

Like I Could sit here and name producers for days. I listen to and respect everyones work, they're all greats to me. I think the fact that I can listen to a Lex Luger beat, respect it and cherish it, then turn around and listen to a Prince Paul or Large Professor beat is golden. It allows me an infinite amount of room for growth and maturity within my craft. Salute to all the producers, if it weren't for them this music shit wouldn't even be fun.

What are some upcoming projects/placements?

The obvious shit to say is "Some things I cant talk about". But I will say watch out for more work from us with the Jets and my big brother Fiend. I'm dropping a Drum Gang mixtape featuring ALL of our placements and a few unreleased gems. After the new year we're producing a mixtape for Billie Slum with a Major DJ, that projects gonna be insane.

2 Chainz recently told me he had some more work done to a few Drum Gang beats so hopefully that falls into place. Expect more from us and a few acts off Grand Hustle and just some surprises. Really cant speak on to much, but we got some major shii coming I promise. We proved we could do the underground/indie circuit, we made it on mixtapes, and all the blogs. We even had joints getting spins on Shade45 on Satellite radio or whatever,so just know that in 2012 and beyond were trying to get on the radio and on a store shelf near you.

Just wanna say thanks to anyone that ever checked out our page, bought a beat, followed us on twitter, told a friend to check us out, hit me up saying they liked or disliked the material,doesn't matter...just anyone that acknowledged we even exist. That means the world to us, we're a bunch of college kids who everyone said couldn't do this shit. Your'e helping us prove them wrong and we're thankful. We ain't shit without the people and I promise were gonna stand up and continue to hold y'all down. Thanks for the chance to talk with you homie.

Ismail Ahmed
it is definitely excellent blog site. it is realy info as well as a a really beneficial task. i adore that. https://www.allianzpackers.com/packers-and-movers-gurgaon-to-lucknow/ 1 week ago
Ismail Ahmed
hi 1 week ago
Randy
https://www.google.com/ September 18, 2020
Wendy Gould
icasinoreviews.info/paypal-casino-nz/