L-Gifted didn't choose to rhyme, rhyming chose him. The middle child of a working class family from just outside East St. Louis, it would be easily understood if Gifted succumbed to the struggle of life. From an early age he learned to defend himself. A quiet kid whose temper was on a hair-pin trigger, he has grown into a mature and humble artist.

L-Gifted is a young man with the heart and soul of an old man. The day-to-day hardships of 9-5 life, trying to support a young daughter, balance family life & music has definitely taken it's toll and is clearly evident in the tone and subject matter of his music.

L-Gifted has taken his lumps & bruises and paid his dues in music as well as life. 30 stitches in his face before the age of 22 are the physical manifestation of those dues. With the knowledge of an elder, he knows dues are never fully paid and he will surely get knocked down again. However, Gifted will always muster the strength to overcome adversity and invites his listeners to follow suit.

Despite the harsh realities of L-Gifted's life his music sends a positive message to the listener. The voice of an underdog who isn't known for barking but, whose bite can be quite vicious... Gifted inspires others to take the stresses of their lives and use it as fuel to Subtract Negativity. 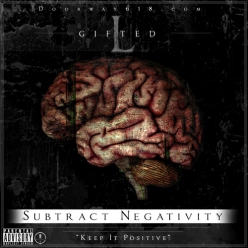 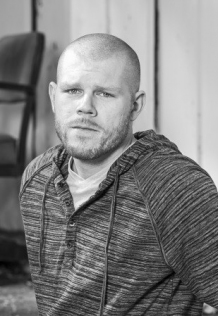