With a voice that embodies pure passion and soul, Theresa Payne is definitely a rising star to watch for. Born and raised in St. Louis, MO, Theresa is taking her rightful place in today’s music scene. With her style dubbed “Inspirational Soul”, Theresa hopes to encourage, inspire, all while entertainingly arousing the music lover’s ear with angelic harmonies and melodic arrangements.

Since the age of six, music has played a major role in Theresa Payne’s life. When asked the question of what drives her musical ambition, Theresa says, “I feel as if my ability to reach people with my music is not only a blessing, but a duty. God has given me a task, and through every sound I create, I dedicate all of me to it.” With that dedication, her hard work has created a plethora of open doors for Theresa. Her musical career includes: performing at Carnegie Hall with the Concert Chorale of Harris Stowe State University, providing background vocals for artists such as Lisa McClendon, Choklate, and gospel artist Jai, and being the opening act for Grammy nominated Eric Roberson, and Anthony David. As the St. Louis winner of the Budweiser Superfest contest, Theresa has also served as the opening act for the company's summer series featuring Jill Scott. Theresa has also been featured in the St. Louis Post Dispatch, and the St. Louis American, two of St. Louis’ well-known publications. She was awarded 2011-12′s Best R&B/Soul artist by The River Front Times, another well known publication. With the heart and determination that Theresa has, the doors will not be closing any time soon.

Following the 2009 release of her debut album “Go, Fight, Win”, Theresa is currently expanding her own horizons by fusing her signature soulful sound with that of hip-hop, jazz, and more. Her latest release, titled "The Moment EP" does just that, featuring a wide range of styles, and issues that aim to capture audiences everywhere with uplifting messages of love, faith, and hope, among other things. Since it's release "The Moment" has been noted as an incredible listen, finding it's way onto several blogs and publications.

An aspiring songwriter, and heart-felt performer, Theresa Payne is continuing to blaze the trail before her. With new projects and ventures in the works, she is definitely an artist to keep an eye on. 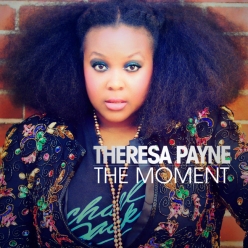 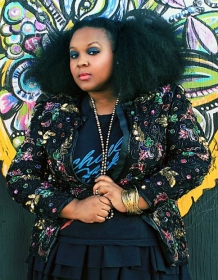