Heir To The Throne 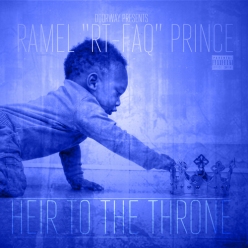 Ramel "RT-FaQ" Prince of the group Doorway of the 618 presents his album "Heir To The Throne". In celebration of his son Royale Prince turning the age of one, he decided to release an album fully dedicated to him. It's a concept album that brings you into the mind of a young black man during the times of a pregnancy. Also imbedded in the album are lessons that he wants his son to learn as he grows up and listens to the album later on in life. The date of birth to his son is 12/16 so RT-FaQ chose 12 tracks full of 16 bar verses and also features artists such as Veo Chillz, Nick Menn, L-Gifted, SD TheDizzleMan, Trixie, H.O.S, Shotta G, Nato Caliph, Rubix, Legend Camp, Monty and special appearances of Royale's older brother Jordin and also his mother. Heir To The Throne is an album from a "Parent" as well as an artist and should inspire all that listen.

Bob rast
Sarah Law told us that reviews are the easiest way to learn everything about writing service. Anyone should agree with her. It's the way to pick a reliabe helper.
https://onlineessaywritingservice.review/reviews/academized-review 3 weeks ago
Rob Feri
Hi, students! No matter what your academic level is, there are many situations when you might require writing assistance. When that occurs, don’t forget to find and check the Scamfighter’s post about the company you chose as your helper. John’s reviews can save your time, grades, and reputation.
https://scamfighter.net/review/brillassignment.co.uk August 15, 2021
Jacob2020
Well, you can read an essay on literature or some.. I have used this source for several years already. Never got problems with essays lol
https://essaygoose.com/category/literature August 11, 2021
Ryan Meyers
There's a lot of good tracks on this tape! Can't imagine how awesome a gift this would be to receive from your parent years after it was recorded and you're grown. Through the Core, Anticipation, Everything I'm Not are my top 3. March 12, 2013 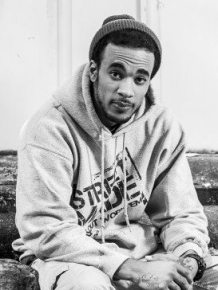