If you stood in the streets of a busy St. Louis intersection back in 2000, chances are, your ears would be laced with the sounds of trunk rattling bass tunes mixed with the wining cries of a guitar. Add in the country verbiage of a few 20-something musicians and the product that was created would be dubbed as "The Sound of St. Louis". Now that the door of entertainment has been open, the Gateway to the West is able to let in a few more talented individuals who can also rap about new topics, sing vivid soul tunes, and more importantly produce a new sound. The Urban Legendz (a production team) has plans on making that very thing happen one record at a time. Consisting of a couple of wiz kids, Byron and Perry are setting out redevelop a new sound and take listeners back to the essence of music formation.

Now that these two Midwest maestros have had a chance to display their talent with each other, they now set out to unleash their master tracks on the spectators of the music world. The Urban Legendz production duo have already made an impression on the local St. Louis scene by working with several up and coming artist such as, Mister Chill, Tef Poe, Sir William, Rockwell Knuckles, Vandalyzm, Theresa Payne, Excel Cruz and local songbird Teresa Janee just to name a few. Their musical chops aren't confined to the states either. They have also been able to link up with a Northern London media company to keep their sound international. They describe themselves as "Hybrid-Producers", because of their skill to work with any artist belonging to any genre. Byron B. and Perry "6th Sense" now have their sites set on creating that new sound and feel to the art of music. With some of the best musical weaponry and the right dosage of talented clientele, these young producers are well on their way to launch musical domination on the national music scene. 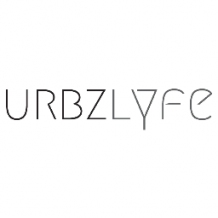 Urban Legendz
TimelineFollowing (1)Followers (3)
Update Required To play the media you will need to either update your browser to a recent version or update your Flash plugin.