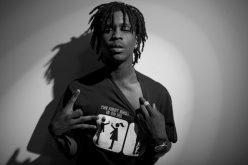 Chief Keef has been running his mouth quite a bit ever since he got on earlier this year. First he had some not so nice remarks regarding Kanye West, and Kanye's choice to remix Keef's hit "Don't Like", the move that arguably gave Keef his mainstream shine.

September 5, 2012 | Comments (1)
Kelsey fluxes with it
Ryan Meyers shared
#np Letting Go by #LupeFiasco - http://www.youtube.com/watch?v=6z33fGcdpuU
Show Embedded Video
April 14, 2012 | Comments (1)
Kelsey commented on a status by Kelsey April 5, 2012
Ryan Meyers #Lupe is the homie! He spits the truth. I love his music!
Ryan Meyers commented on a status by Kelsey April 5, 2012
You got me listening to #LupeFiasco today.
Ryan Meyers fluxes with it
Kelsey shared
Sometimes living in a world like this
It's pretty hard not to go insane
Not pretty if you don't comply
Pretty easy if you don't complain
Stand there like you don't feel pain
No tears in the face of defeat
Pretend til the end that you don't fear change
Don't admit that your faith is weak

#Lupe #BeautifulLasers #2ways #realtalk I've never connected more with a hip/hop song than this one. Been rocking it for a year now. Hoping I can get through this funk one day. April 4, 2012 | Comments (3)
Ryan Meyers fluxes with it
Kelsey shared
#np "Beautiful Lasers" by #Lupe Fiasco March 2, 2012 | Post a Comment
Ryan Meyers shared
Poor #LupeFiasco getting hated on by his own fan base. January 3, 2012 | Comments (1)
Ryan Meyers shared
Mmm #LupeFiasco used M83's Midnight City for "The End Of The World". November 28, 2011 | Post a Comment