2 people flux with it
Mark Muehling published a music feature 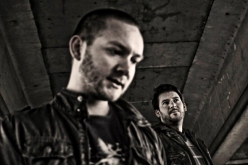