2 people flux with it
skov published a news article

Donald Glover aka Childish Gambino newest album "Because The Internet" has officially leaked 8 days ahead of it's street release date. So far there is no official word from Gambino on the situation. We haven't had a chance to listen yet [and honestly will probably wait]. But if you've had a chance to check it out, what did you think? Let us know in the comments below!...Read More 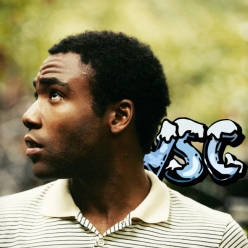 Better known as Troy Barnes on the NBC sitcom Community, comedian Donald Glover has been cultivating his hip-hop alter ego, Childish Gambino, for the past four years, taking the Odd Future approach to music—he's self-released a number of full-lengths, EPs and mixtapes for free download, winning over thousands of people along the way. Unlike the Los Angeles horrorcore troupe, though, Childish Gambino's music is far classier, forward-thinking and pop-minded, with Glover's raps littered with just as many nerdy pop-culture references as heart-wrenching confessions or acts of sexual depravity. A...Read More