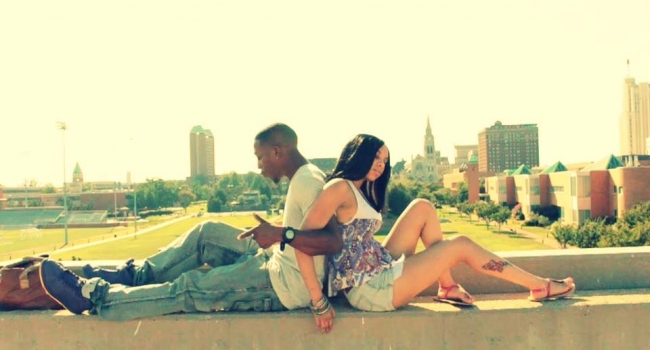 
"Artistic manifestos has always been apart of Future KinG's persona since he was a child. Michael Nelson Jr. , Born into a two parent house hold , was introduced to literary and fine arts early as a child. Being a black family in north Saint Louis in the late 1980s crime played an important role in not only how his family perceived life but also how they embraced and adapted to it as well. At the age of 3 a young Michael began to grab pencils or utensils to try and mimic the sounds of musicians he heard from the radio his parents played. Family was always a big part of his upbringing and even death. " It seems death was apart of my life early as family members before me was always dying ", Michael states. Michael Attended the funeral of his Older cousin Jason Jamison in the summer of "93" which not only changed his view on life but his parents as well.

"At the age of Six I new what pain was and what an obituary was and I started to write how I felt". As years progressed his parents wanted to get their young gifted writer away from the brittled streets of the north side into a more formal and stable area , so they moved , but continued to go to the Church up the street from their former North side residence. The church , Rose HiLL , honed a young Michael's song making ability. He learned how to structure songs from his Mother , who directed music , and learned how to sing from being apart of the youth choir. As years progressed Michael began to show prominent skills in writing stories and took interest to Music and sounds. His artistic flavor became even more indulged and complex when he would get dropped off at his family houses on both the West and South side. Michael Began to write more of what he saw from all sides. " I saw life from different angles I had drug dealing cousins , family I
Loved strung out on drugs , and family I loved dying at the hands of their own people ... Then my granny would pick me up for Sunday school at weeks end .. So my mind was in constant change an spiral ... It made me confined in duplicity". As the years went on Michael grew with his words and as life continued to Perplex Michael continued to write about it. Musical influences where Gospel from his reformed parents , Hip-Hop from his Uncle and cousins , and rhythm and blues from his family as a whole. In the fall of the year 2000 he would loose another Loved
One , his older cousin , John "Carry" Jamison. Even to this day Michael writes in a format of his elder cousin in remembrance of him. Armed with education in psychology and fine arts and also the streets Michael is a different type of artist whose different and changing realities have gave way to his unique sound and style. #OneLove "