workaholic, drinker, smoker, partier, arachnophobic, soon to have a million tattoos. i play guitar and i listen to a lot of genres of music. i'm currently working on a solo album that sounds like coffeehouse rock!

Still ALIVE who you love

AtM (AmirtheMalcolm) – a Hip hop duo/defenders of evil and wack shit. Born and raised on the grimy streets of North side Saint Louis shaped us to want better for ourselves as well as our people and we incorporate that in our music.

Society, you're a crazy breed.
I hope you're not lonely without me.

My name is Emily. I'm 24 years old, been married for 2 years, 20 weeks pregnant with a little girl, Brielle Elise and I work at a Banquet Center, which I love doing.

K-waz The Lyrical Psycho or Kwaz5000 is a Producer/ Engineer/Emcee from Los Angeles, California. He now resides in Palmdale, CA and is the man behind the Label/ Production Company called "Self-Xplanatory Music/#ThemBeatz! “. K-waz produces for many...

CEO/CFO Carlos Corbin was Born July 31st 1991, in Arkansas , where he has endured a short life thus far filled with acquired knowledge and lessons learned. Growing up Mostly in Little Rock, before he was moved to Baltimore , Maryland and Washington D...

I rep me, my people, and where I'm from. I manipulate sounds.

If you stood in the streets of a busy St. Louis intersection back in 2000, chances are, your ears would be laced with the sounds of trunk rattling bass tunes mixed with the wining cries of a guitar. Add in the country verbiage of a few 20-something m... 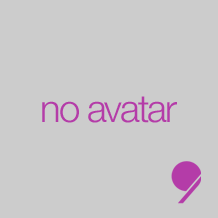