5 people flux with it 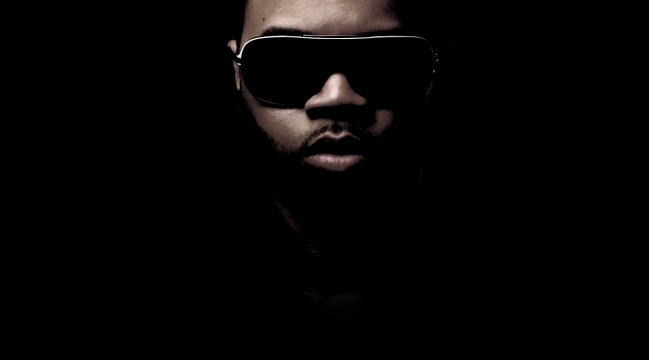 -T: Well I was born here in St. Louis, but I've also spent time in Thailand, when I was a child. When in Thailand my Grandmother taught me how to speak Thai fluently. [not as fluent as I'd like to be any more though] So you can probably figure out where the name came from. I figured if people can call themselves "China" and "Asia", why not take on "Thailand", since that's half my heritage. So, I just shortened the name to TyLan, you know how it is in #HipHop, nothing ever gets spelled correctly anyway [laughs].

S: Your mixtape Never Silent dropped awhile back if I'm not mistaken. How's the response been so far?

-T: I dropped Never Silent back in January of last year. I released it the night that I opened up for Afroman, and man I had a blast at that show! Afroman packed the place up with his loyal underground following, so that was cool. I performed quite a few songs off Never Silent that went over extremely well with the crowd. It surprised me that I had people I didn't even know who were singing my hooks flawlessly along with me. The title speaks for itself, because my music speaks for itself, it never shuts up, it always delivers quality.

S: You're a producer as well right? Tell us how you got your start on producing as well, do you play any instruments?

-T: Yezzir, I compose my own music. I've been playing Piano since I was 7yrs young. When I hit age 11, my father Floyd Boykin Sr.[who was a member of Yvonne Carol and the Roulette's in 1959], bought me a keyboard with a "record" button on it. So when I would finish my lessons, I would start messing around making my own music.  The majority of other producers "make beats", but I don't, I COMPOSE music. I rap, sing, and write at a level some of these cats THINK they're on.  So I thank my father for my success and the level of success that I'm about to encounter.

-T: I have always been influenced by Tupac, Busta Rhymes, Eminem and Tech N9ne. One of the main reasons why I'm influenced by these artists is because other than their lyrics, they stand out by their delivery and how intricate they are with word play. When I was a teenager my style was a mixture of all of them. After years of studying and critiquing my art, I honestly don't think I have a set in stone "style". I can deliver on ANY beat, track, instrumental, tempo, or genre of music you give me, seriously.

-T: Currently I'm in the process of finalizing my newest EP entitled http://flux9ine.com/music/213/tylan/insomnia/. It's going to be 7 original songs written and produced by me, with the exception of my single Gone Do produced by Jimmy "Stedfast" Hargrove and KoKo from Basement Beats [the production duo behind Nelly and Tim McGraw's "Over and Over"]. Be on the lookout for Gone Do.

S: Any shout outs in closing?

-T: Shout outs to the Step Or Get Left camp in conjunction with FLUX9 & FLUX9 films. My parents for puttin up with my music volume levels in their house, my grandparents Herbert & Thelma Boykin[Rest with the angels]. TyMuzik INC, my backbone Camille Gibson, Ryan Givins, DonP, Oktane Venom, Madskillz, Leroy Jenkinz, my siblings [Floyd Boykin Jr, Kimmy, Keisha, Anisa, Kessy and Keith], Chill, Tom Omara, Al Caldwell [Baby Al], Tony Caldwell, Chris Boykin, Unimind Records Family, Jason and Jimmy Hargrove, KoKo[BasementBeats]. Also, thank you to all my social network friends who also support what I do tremendously, and as I continue on, I will always keep my faith in God. Lastly, and most importantly my son Brian Alexander Boykin, I want him to know that you can do anything in this world, as long as you keep faith in yourself.


S: Shouts out to TyLan, be on the lookout for INSOMNIA dropping later this year. You can also catch TyLan live at 2720 Cherokee April 28th for Hystory's "Papers N Pipes Mixtape Release Party"

MacKensie Snider
Flux 9 web is sharing the view of artist with the proper delighting of the crime sector with all of us in the multiple ways. The artist spot light has the situation of junction set in https://www.bestessayservicereviews.com/ with the post of March that is recently situated in the whole area of people. April 23, 2021
Bo Dean
Very Talented!!! April 7, 2012
Bo Dean fluxes with it
Ryan Meyers
We need his musc on FLUX9. Dude is mad talented! April 3, 2012