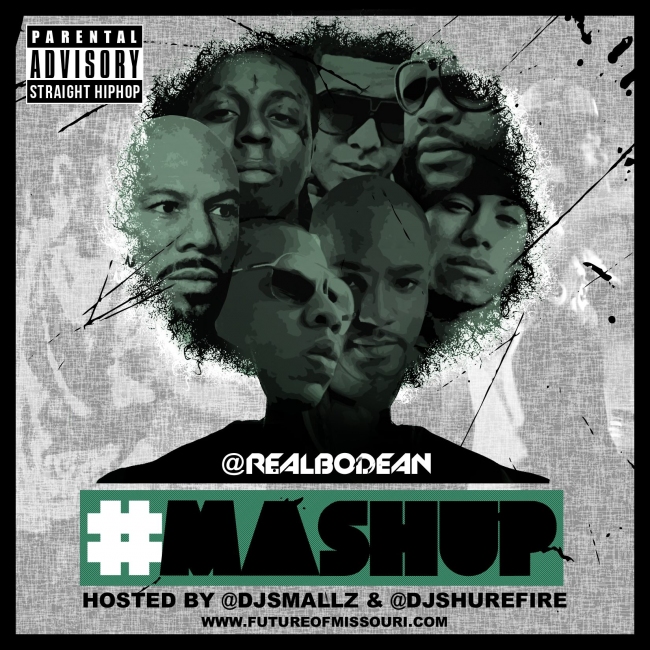 A few weeks ago I had a chance to sit down with St. Louis hip-hop artist, Bo Dean, and ask some questions about his new project, the #MashUp. Those who have followed the FLUX9-produced series, BOcumentary: Road To The MashUp, have already gotten a taste of the new tape, as well as the concept behind it. Bo isn't just hopping on different artists' beats like others have done in the past. Instead, he kicks it up a notch by mashing together several beats from one particular artist into one single song, changing up his flow as the beat changes. See what Bo has to say about his most ambitious project to date below.

B:I been doing good my dude how about you? I'm just doing the usual..in the studio…cooking up a nice big pot of good music with a side of swagger tots. It's smelling good in the kitchen right about now.


S:It's been a busy last few months for you, as you've been prepping your latest mixtape, The MashUp. What can we expect from this project?

B:Yea man, life has been pretty busy. We have been constantly filming for BOcumentary, The Show Me Show, performing, recording and just networking with anybody whose about their business. The MashUp is unbelievably awesome. Definitely MAJOR REPLAY VALUE. It will be one of the most entertaining peaces of work you will ever hear.


S:DJ Smallz is hosting the tape as well right? How'd you guys come into contact?

B:We knew this tape was gonna be big so we wanted to take it to another level and get a DJ to host it. One of the producers we worked with on the project (Drum Gang) is signed to DJ Smallz and he suggested that we bring him on board. He linked us together and the rest is history. S/O to Drum Gang P.


S:Alongside the popular mashup songs, you also have a lot of original production on this tape as well. What was it like working with some of these producers? What track is your favorite?

B:It was real cooly, I sat down with them and gave them a run down of what I was looking for. Once they heard one of the MashUps, they took it and ran with it. They played a major part in making this tape what it is. So major S/O's to Phanum, ILL Mac, Urban Legendz and DrumGang...I'd have to say at the moment....my favorite track would have to be the DrumGangMashUp.


S:You also dropped a video awhile back for the first single off The Mashup, AraabMuzikMashUp. What's the response been like on the video?

B:Yes major shootout to FLUX9ine for shooting and putting the video together!! It's been getting nothing but love, its a definite attention grabber. You will have to play it twice to peep out all that's going on. The video for PickUpYoFace that features Louie Boy and Tylan is getting a lot of love too. Louie Boy recently dropped the 3:00 Mixtape Mixtape and TyLan's INSOMNIA is coming soon...#plug

B:S/O to everybody that supports Me and the movement. S/O to the FLUX9ine family as well, we definitely appreciate the site and the love you show to artists in general. The Mashup just hit the internet, so listen, download, like and most of all prepare to be amazed and fall back in love with Hip HOP.......#thatisall

Listen to the MashUp

Watch his music video for PickUpYoFace